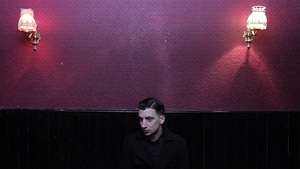 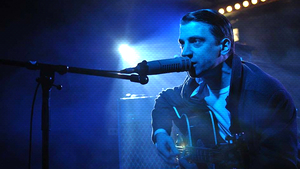 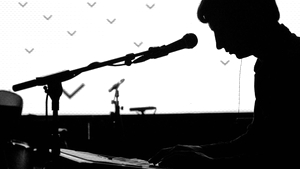 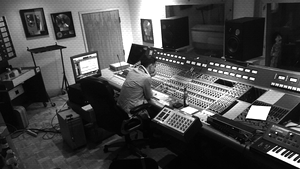 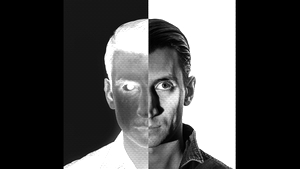 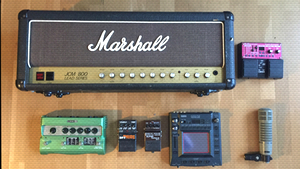 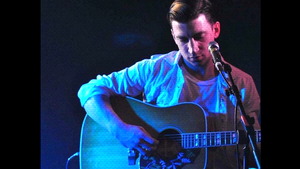 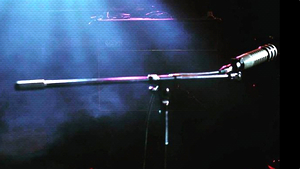 Arrows Down is an extraordinary project from the extraordinary talent that is Thomas Cameron, who is equally at home creating electronica with drum ‘n’ bass and hip hop elements, as performing compelling acoustic shows on his guitar, collaborating with musicians on glitch-soul in Philadelphia, or recording with Sen Dog from Cypress Hill. We saw him play live for GoodSouls Promotions at Sebright Arms, and just had to find out more. Building on his Fugitives EP, Thomas has several releases planned for this year, and there was plenty to discover.

What are you working on at the moment?

I’m busy working on a number of projects that all seem to be coming into fruition at the same time, which is exciting. I’m quite a fastidious bastard in the studio, and I’ve spent almost three years - probably too long - writing and recording, so to have something I’m now generally satisfied to start putting out is sort of a relief.

You have different musical identities. How do you separate them, and how would you describe the sound of each of them?

I’ve had a couple of indie releases under the pseudonym Arrows Down over the last year or so, but it was becoming increasingly difficult to pinpoint the sound, as there was such a mixture of styles. I’m remarkably less talented and established than our dear departed Mr Bowie, so dabbling in all these different genres and thinking I could put it out as a package that everyone would understand was unrealistic, and a little arrogant. So recently I separated my solo work into two lanes.

Arrows Down will now predominantly be electronica music, with some hip-hop, drum ‘n’ bass and two-step thrown in and I’ll be releasing all acoustic or piano-based music under my own name. Basically, anything performed and recorded in a solo or traditional band capacity.

I sing and play guitar in a rock band called Crystal Head, and I’ve also just finished making a collaborative record with OddKidOut and Mitch Beer, two amazing musicians from Philadelphia. We have a working name of SeeHorses and it’s a mixture of beats, soul, jazz, classical and glitch. Actually, explaining that mixture has almost put me off.

Arrows Down - pic by Daniela Fleckenstein

How do you write your songs

It can start from a melody or a lyric. Sometimes I’ll just play an instrument, with no idea what I’m doing, until something clicks. Sometimes the whole song will just write itself. Sometimes it’s a rhythm pattern that starts the process off. Sometimes I might read an article or book which puts me in a certain mood that inspires something.

In essence, there isn’t really a formula as such that works for me. It’s just a sort of endless, unhealthy chipping away at things.

We saw an amazing live set at Sebright Arms. How important are live shows, and how do you get such a big sound?

It’s no secret that, unless you’re an artist like Adele or Ed Sheeran, or you have decades worth of loyal fans, there’s not really much revenue in music sales any more, so of course live shows are of the utmost importance if you want to make money as a musician. There’s got to be a reason for all these reunion tours, right?

However, the really important part is the chance to experience a moment with a group of people, in a space. Whether it’s in front of ten people or ten thousand, the energies are very different, but both are gratifying in their own way.

We consume so much music now in the privacy of our own homes, or on the move via technology, that the communal gathering of a live show seems even more exclusive and special. The tension and imperfections of a one-off, unedited performance are the bits that do it for me. The only place it can be stored, downloaded or streamed is in your memory.

You’re a great guitarist, but play other instruments too. Tell us what you play.

I began playing piano from an early age and worked my way through all the usual woodwind instruments during school. The saxophone was the one I mainly progressed with out of that lot.

I love playing most string and percussion instruments, all with varying degrees of success and annoyance for anyone in the room. In short, Jack of all and Master of absolutely none.

I’m always striving for something interesting, sonically, in my recordings, which is why I’m very lucky to work with such talented and imaginative people, who are willing to try things that aren’t necessarily inside the box. Whether it be leaving an amplifier on in a room with the gain turned up, just to create an atmosphere while recording an acoustic, or setting up multiple overhead and room mics when recording drums or piano so that we can create haunting natural effects when mixing. I’m very keen to make the most of whatever environment and equipment there is to play with.

When it comes to recording, do you record and produce your own material or do you have a favourite studio and producer?

I have a home set-up which I use more as a sketch pad for demos. But now and again I’ll use takes done there in the final mixes of songs.

My main writing and production partner is Dennis White (aka ThermalBear), he’s literally the other half of Arrows Down, and he helps out with my other projects. He works out of a studio called Gravity Shack in Tooting Bec, and we spend many hours locked in there, mostly arguing. He puts up with a lot of shit but we work well together, I think.

I’ve spent the last year and a half visiting the US after my management introduced me to Joe ‘The Butcher’ Nicolo. He started Ruffhouse Records and has produced The Fugees, Billy Joel and Lauryn Hill, to name a few. We hit it off immediately and have made a number of songs at Studio 4 in Conshohocken, Pennsylvania. He also introduced me to Sen Dog of Cypress Hill who ended up on an Arrows Down track.

One of my favourite studios is in the UK though, and I’ve had the pleasure of recording there on three separate occasions with Crystal Head. It’s called Sawmills, and is a huge residential facility set in a tidal creek in Fowey, South Cornwall. You can only get to it by boat at high tide, and once you’re there you can only leave when the water levels rise twice a day, for about two hours at a time. It’s a wonderful place to make music as you are completely isolated and cut off from the world.

Also, I have to mention the Disturbing London studios in Greenwich. That place has a really cool vibe to it, and I worked there with London rapper G-FrSH on his latest EP Alfie.

We love the production and samples on Pirate Writer, tell us more about the track.

This started life as an instrumental that Dennis chucked my way. I loved how sparse and unnerving it was, and knew it was something we could develop. I visit St Paul’s Cathedral for Evensong now and again, and I recorded the choir and speech at one of them, which is what you hear looped and layered on the intro and middle sections.

I then chucked on a snippet of a recorded conversation I’d had with a friend, which is the voice you hear at the beginning. The other digitalised vocal sample throughout is from the computer game Half Life 2.

What is your go-to gear for live and recording?

When it comes to vocal recording mics, I’m not really that precious, to be honest, but the one I’ve had the most success with is in Philadelphia and it’s a bit of hybrid. It’s a Sony C-500 with a Neumann U87 capsule. We normally put that through a Chandler Germanium pre-amp and Distressor compressor. It just seems to work for me.

However, it all depends on the sound you’re after for each individual piece. Sometimes a Shure SM48 is what suits the song or the required vocal delivery, sometimes it’s an AKG C12. Whatever works on the day and serves the track is what you should go with, in my opinion.

I have a pretty basic live setup for Crystal Head. The effects pedals I use are a Digitech Distortion Factory, Line 6 DL4, Digitech Whammy, ZVEX Fuzz Factory, Boss OC-3 Super Octave and that’s about it at the moment. I use a 1983 Marshall JCM 800 with a 4x12 cab for amplification.

For Thomas Cameron shows, I’ve started incorporating the Boss RC-30 Loop Station into some songs, and for keys I have a Yamaha P105 stage piano.

Arrows Down live uses the following in some way or another, and amongst a whole bunch of other acoustic percussion, guitars and bass: Korg KAOSS Pad 2, Roland SPD-S Sampling Pad, Ableton Live 9, Novation Launchkey 61 Midi Keyboard.

Tell us about the special mic you use for performance, and why it works for you.

I first saw the Electro-Voice RE20 being used as a vocal mic by Stevie Wonder on a live recording of Superstition from 1973. In between half dancing and trying to sing along, I noticed this big robust mic with a large flat surface area to sing into as opposed to the cylindrical shape of the Shure SM58 and other live mics.

I just really liked the look of it and I figured if anything, it would be a good thing to hide behind. I then saw Thom Yorke using it for live studio sessions around the time that Radiohead released In Rainbows and was sold. I bought one a couple of years ago when I set up my home studio as, after some research, I discovered it was a good all-rounder and great for kick drum and acoustic guitar recording, also.

You also make music videos, films and promos. How does that feed into your own work and do you make videos for your own music?

I’ve always been pretty obsessed with film so it was great to start working in this area. I work closely with a young director, Will Reid, and we’ve made some short films, fashion promos and music videos under the label of WARD. Will is a future big player in the film world, so keep your eyes and ears open for him. You can check out some of our work in the video for the Arrows Down track Fugitives.

Arrows Down will be releasing an EP called ILLUME this Spring and I’ll be revealing the first Thomas Cameron track Tides very soon.

Once I get my head around mixing the SeeHorses record, that will also surface in some shape or form, and Crystal Head will be putting something out at the end of April.

There’ll be UK, Europe and US dates announced shortly so stay tuned…

Digitech Whammy Pedal Two octave pitch-shift in either direction, and everything in between Read More

ZVEX Fuzz Factory An almost endless combination of fuzz effects, from the smooth to the insane. Read More