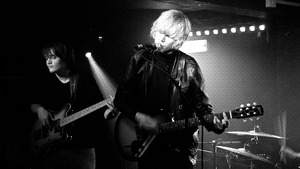 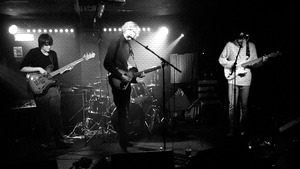 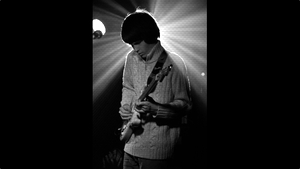 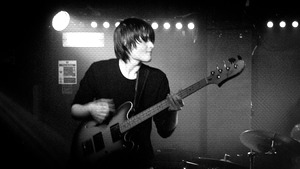 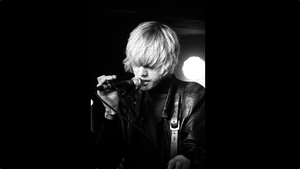 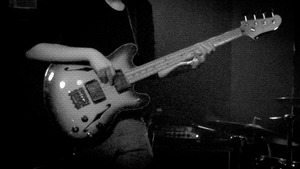 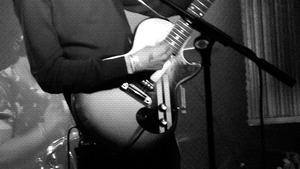 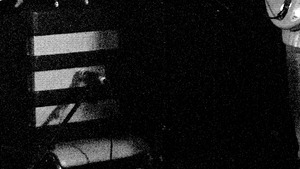 Decoy Jet formed in early 2013 and have a sound that hits you right between the eyes - indie tinged garage rock & roll with a groove that’s distinctly British. They’ve released a single called Action Reaction and caught the eye of Carl Barat already “Really fucking like these, something special in all of this”. Decoy Jet are Ted Joyce (Vocals/Rhythm Guitar), Connor Johnson (Lead Guitar/ Backing vocals), Alan Thompson (Bass) and Zac Rubin (Drums).

Decoy Jet play attention-grabbing garage rock and roll with a very British 60s edge. We caught up with them at London’s Sebright Arms, where they delivered an incredibly tight and pacey set, stuffed full of great guitar licks. They kicked off with their debut single Action Reaction, stormed through songs such as 19 and Love Hate Relationship, and finished with their new release Georgia. Ones to watch for sure.

They talked us through their set-up for the gig.

I decided I needed something lightweight yet striking for this gig, (the Tele’s a back breaker!) I decided on taking Connor’s Gibson Melody Maker for a spin. I’ve played it at a few gigs now, and keep catching my fingers on the strings when I really get into it, so its become adorned with a bit of a blood spillage across its face, we just call it war paint and leave it alone though.

For distortion I use a classic Boss Super Overdrive 1 which provides the crunch tone, then for the meaner stuff I use a DOD ‘Punkifier’, Its a snarly thing; uncontrollable if you don’t know what you’re doing as almost famously, DOD did not print what the knobs on the front actually do - it’s a little bit of a downside but after messing around for a bit I think I’ve found my sound.

Singing through a Fender Excelsior’s 6V6 valves, my Strat really hits those classic clean/slightly driven tones the doctor ordered. I saw it in Denmark Street at the start of December and had to take it home.

A guitar in a pastel colour such as Daphne Blue really stands out in the dark leather indie scene of today.

For distortion, I use a new Fuzz Face Mini, the silicon version I believe. It’s got some serious balls and kicks valve amps into a very beefy, thick crackle, it really fills in a spectral space when I play those low chords in songs like Don’t Need You!

Just before the new year, I bought a brand new Fender Starcaster Bass, everyone agrees that it has to be one of the best looking basses ever, especially since mine comes in a dark cherry burst - simply bliss you cannot deny.

The enormous humbuckers create a massive thump which most sound engineers can’t even handle! Seriously every gig we’ve done, the sound man has freaked out.

I have a very dieted pedal board compared to the other guys - featuring a massive three pedals. I have a Boss tuner, which goes into a Soundblox Bass Distortion pedal (this is where God lives), and after that I tidy up any unwanted dynamics with a Boss Limiter Enhancer.

I managed to run into a beautiful snare a Pearl Jupiter. It was in pretty bad nick when I got round to having a look at it: the skins were dead, most of the lugs were failing and all the parts were filthy. The whole thing had to be taken to pieces and cleaned, and it was only after that we could begin the process of really fixing it up.

Five and a half inches deep, the 70s Pearl Jupiter really packs a punch.

The Remo Coated Ambassador gives lively crisp sound. This leaves a lot of room to manipulate the tone, which is extremely useful as unlike a lot of modern snares, the Jupiter features an internal dampener. You can change between a dry/wet sound without the need for external dampening such as gaffer tape or dampening gel.