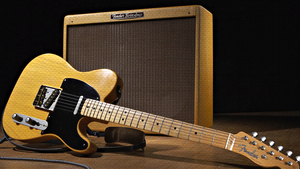 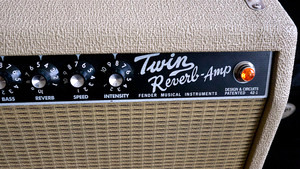 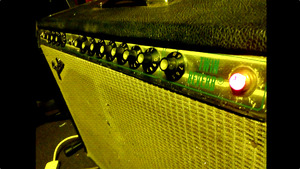 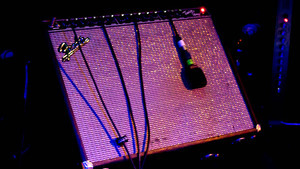 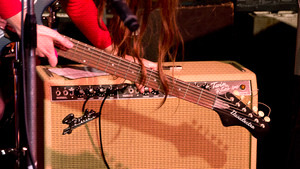 An all-tube combo amplifier, with twin 12 inch speakers, the Fender Twin is famed for its clean and warm sound. First manufactured in the 50s, the amp really made its mark in the 60s with models such as the Fender Twin Reverb, and users such as Hendrix, The Beatles, Clapton and the Rolling Stones, all adding to its iconic status. Going through various designs and refreshes over the years, the amp is now often found with a high quality spring reverb tank, pumping out 85 watts of power.

This is a highly versatile amp, that sounds full and warm at low volume, but maintains a clean definition even when much louder. A variation with separate gain and overdrive channels was dubbed ‘the Evil Twin’ due to its red knobs and much more aggressive sound.

Since the 90s, this amp is commonly available as a ‘65 reissue, taking the amp back to its most popular and famous era. The Fender Twin is also available as a blonde Reverb with two channels, tube vibrato, and tube spring reverb.

Lilies on Mars I’m a big fan of the Twin Reverb, I use that reverb quite a lot Read More

The Fresh & Onlys That amp hasn’t failed me for a second, it’s been great Read More