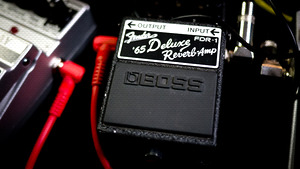 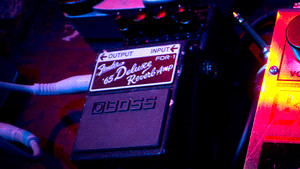 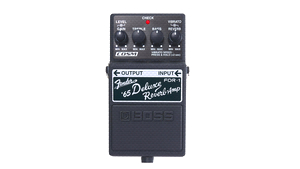 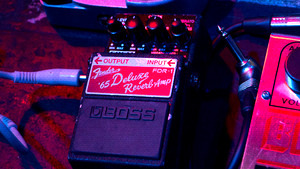 The Boss Fender ‘65 Deluxe Reverb Amp FDR-1 pedal is based on the Fender 1965-era Deluxe Reverb tube Amp. It has the same controls as on the original amp, which had a distinctive overdriven sound. Features include Level, Gain, Treble, Bass, Vibrato (Tremelo) and Reverb. The FDR-1, which was developed with Fender, can also be used as a “pre-gain pedal” placed before an already overdriven amp to add the tone character of the Deluxe Reverb.

Two Wounded Birds They work really nicely, they’ve got a tremelo on there built in Read More